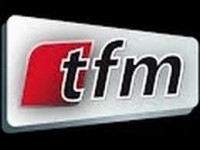 Cameroon Radio Television  is a major radio and television broadcasting company in Cameroon. CRTV is a government-controlled radio and television service in Cameroon. It initially started as Cameroon Television (CTV) and later merged with the radio service to become known as CRTV. It covers all the ten regions of Cameroon rendering it the indomitable broadcaster among a number of private television stations in the country. Its coverage of events is generally viewed as pro-government.
Much of the coverage is done in French, although there is some English programming as well, given that the country is bilingual. CRTV programmes include home-produced documentaries, magazines, news analysis, and imported series from Asia and Brazil. Source: Wikipedia